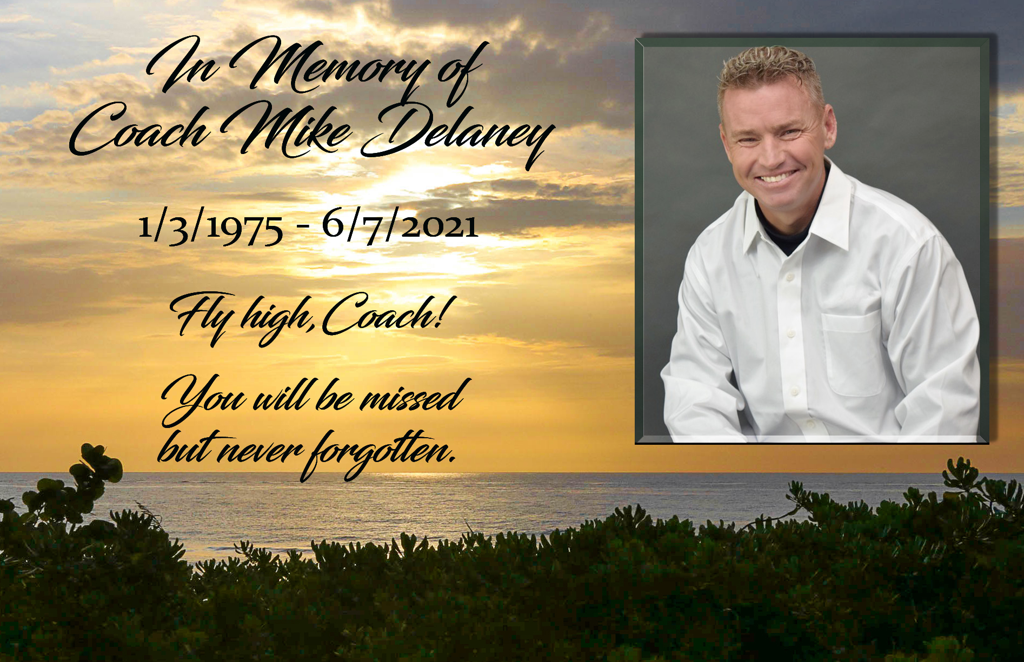 This page is dedicated to the memory of Coach Mike Delaney.  We welcome your photos, videos, and comments as we come together to remember a great man, friend, coach, and mentor.

You will be missed but never forgotten.

Please leave your comments below.  Photos and videos can be sent to Cz DiRosario at flamingo4955@yahoo.com.

TEWKSBURY: Michael J Delaney (age 46) passed away peacefully at his home on June 7th after a lengthy battle with kidney disease. His perseverance will never be forgotten.

Mike is a graduate of Tewksbury HS (1993) and Worcester State College (1999) where he achieved a degree in business management. He excelled in hockey at both schools, being named team captain in his senior year of college, and was awarded male student/athlete of the year in 1999.

Mike resided in Florida from 2004-2019 until moving back to Massachusetts.

In Florida, he put his passion for hockey to its pinnacle by coaching the Florida Jr Everblades, a select hockey team of which he quickly built into a winning and highly respected program. Under his tenor, the Florida Jr. Everblades enjoyed tremendous success and competed in and won numerous hockey tournaments throughout the country.

In lieu of flowers, donations can be made to the Florida Everblades hockey scholarship program.