The Jr. Everblades competes at the Single-A and Double-A levels. The Junior Everblades Hockey Association is a non-profit (501-c-3) organization, incorporated under the laws of the State of Florida, with the primary purpose of providing the youth of Southwest Florida an opportunity to participate in an organized competitive team ice hockey program. 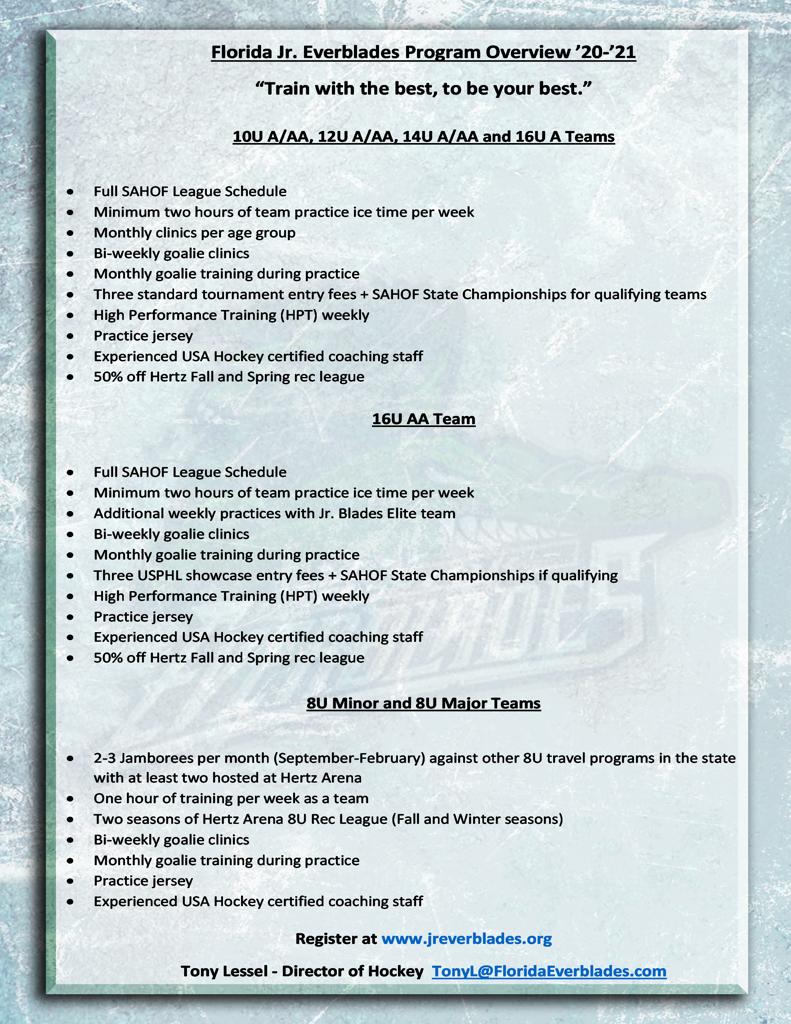